One of our cats is a sweet lil’ buddy names Waffles. He’s fluffy and orange and has a tail that looks like something you’d use to dust tchotchkes. We adopted him in December of last year, and he’s just over a year old now. He became fast friends with our other boy cat, Ernie, which delights me to no end because in all my years of having cats I’ve never had two who were actually friends. He’s been an A++ addition to our family and I love him to bits, but because he’s still kind of a baby and super curious and always wants to play… he tries to eat EVERYTHING. Things that I have had to take away from him because he either tried to succeeded to eat them: my phone, my ipad, packing tape, a hair brush, an envelope, tissues, rubber bands, the power cord to the fan in our living room, several magnets he’s pulled off the fridge, a sleeve of saltines, the dangly bits on the end of the blind pulls, an entire roll of paper towels, a remote control, and a zipper. These are all examples from the last few weeks. In true baby fashion, he explores the world with his mouth. So the #1 thing I find myself saying to him is “What are you eating?!,” which was on my mind when I sat down to doodle recently (he had just eaten the packing tape).

I was just playing in Procreate, which I’ve been trying to do more because I feel like my style is a bit in flux lately – or at least how I want to finish things. I am naturally drawn to a more flat, graphic, line-heavy, limited-color way of working (which is probably why I’m so comfortable in Illustrator), but I also love the look of more freeform, painterly work without a defined outline, so I’ve been trying that out a bit. I’d also love to do more work with hand-lettering, it’s not something I do often but whenever I do I remember how much I like it. (Even though I’m hardly great at it – gotta practice!) 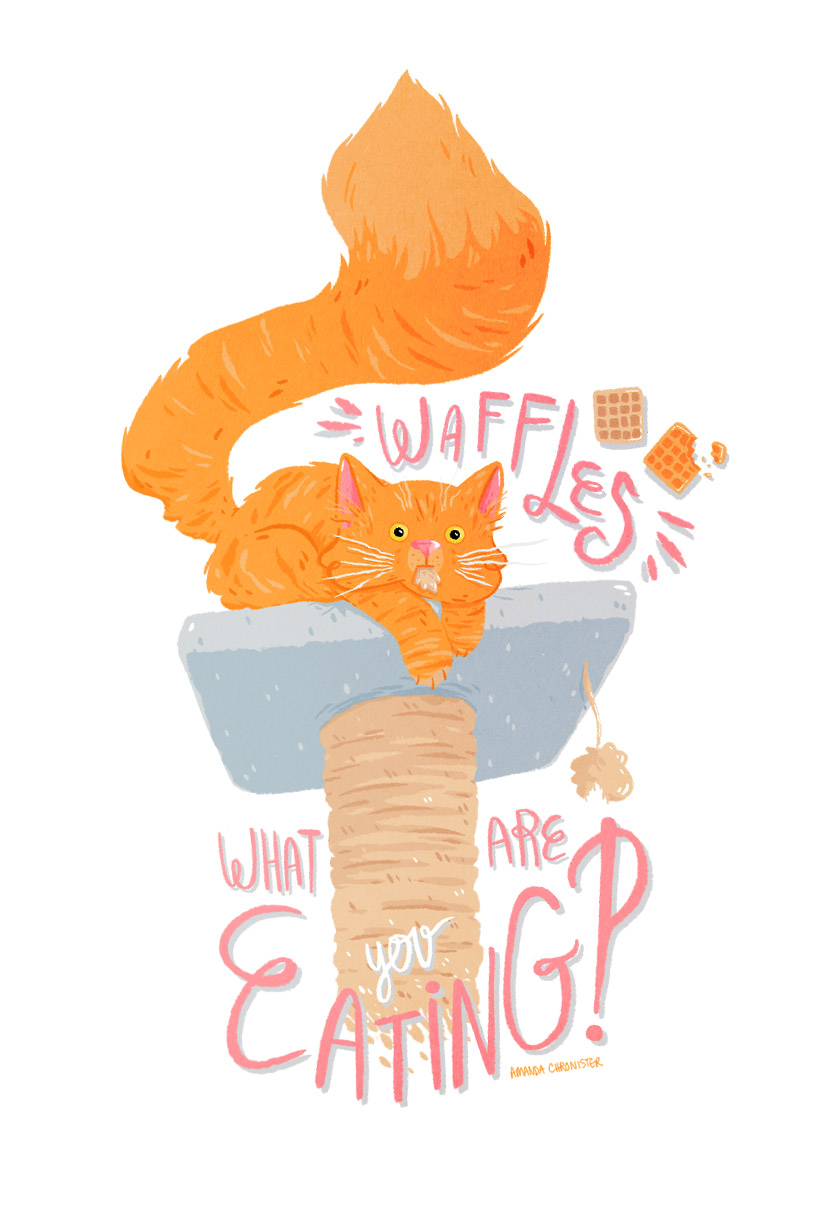 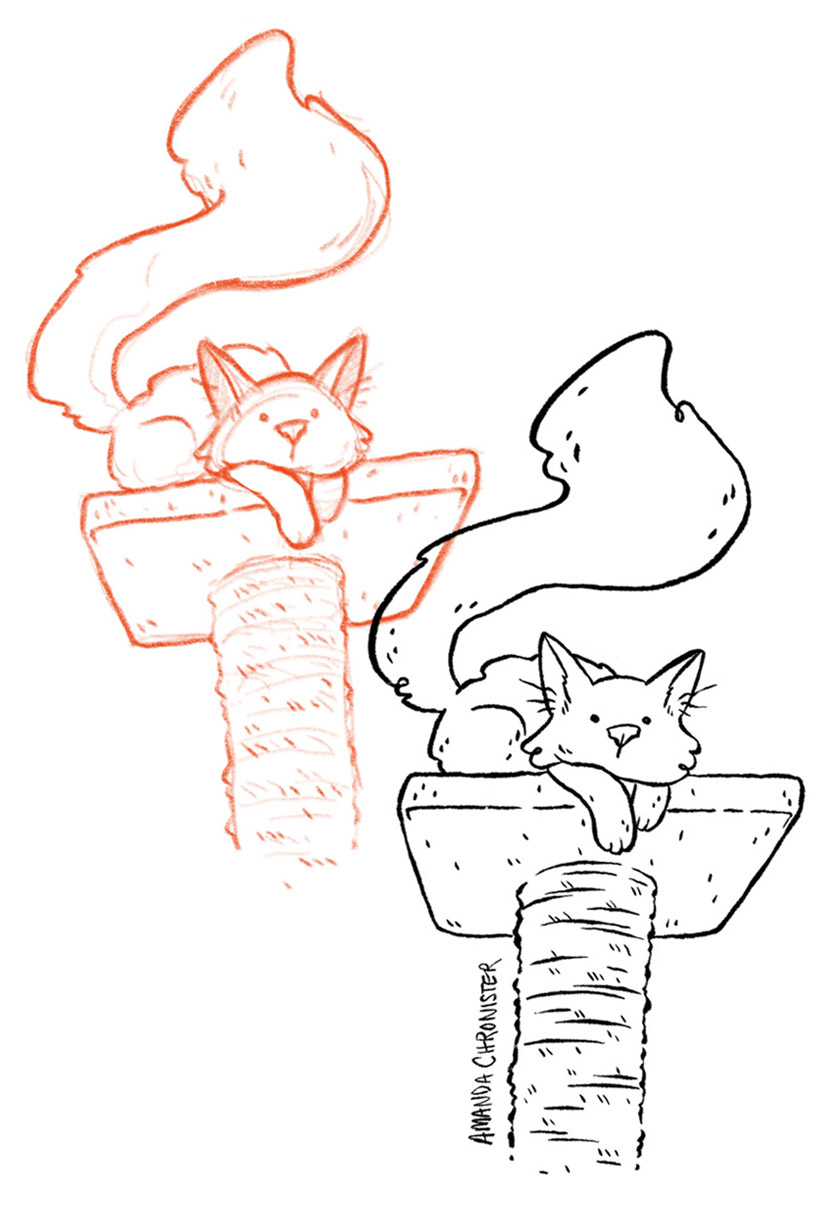